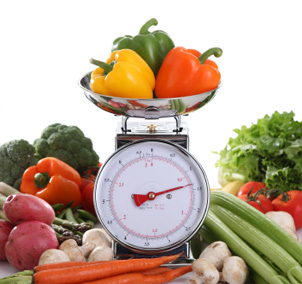 Vegetarian Diet or maybe vegetarian lifestyle, which would you think more appropriate? If you are thinking of starting the vegetarian diet, wanting a vegetarian weight loss or healthy lifestyle this could be the way.

Vegetarianism has roots in civilizations of ancient Greece and ancient India, and is the practice of voluntary non-consumption of the flesh of any animal (including sea animals), with or without also eschewing other animal derivatives (such as dairy or eggs).

The earliest records of vegetarianism, as a concept and practice among a significant number of people, concern ancient India and the ancient Greek civilization in southern Italy and Greece.

In both instances the diet was closely connected with the idea of nonviolence toward animals and was promoted by religious groups and philosophers.

Following the Christianization of the Roman Empire in the 4the-6the centuries, vegetarianism nearly disappeared from Europe.

Earliest reliable evidence for vegetarian theory and practice in Greece, dates from the 6the century BC. The Orphic a religious movement spreading in Greece at that time.

Pythagoras, a philosopher and religious leader in the area of Southern Italy colonized by Greek settlers, abstained from the flesh of and did not always practice strict vegetarianism but at least their inner circle did.

For the general population, abstention from meat was a hallmark of the Pythagorean way of life.

In the 5th century BC the philosopher Empedocles distinguished himself as a radical advocate of vegetarianism specifically and of respect for animals in general.

Leaders of the early Christians in the apostolic era (James,Peter and John) were concerned that eating food that was sacrificed to idols (only food sacrificed was meat) might result in ritual pollution.

Many early Christians were vegetarians such as Clement of Alexandria, John Chrysostom, Basil the Great and others. Some early church writings suggest that Matthew, Peter and James were vegetarian. The historian Eusebius writes that “Matthew partook of seeds, nuts and vegetables without flesh”

During the Age of Enlightenment and in the early 19th century, England was the place where vegetarian ideas were more welcome than anywhere else in Europe.

English vegetarians were particularlily enthusiastic about the practical implimentation of their principles. In England vegetarianism was strongest in the northern and middle regions, urbanized areas.

Though there were established groups all across England, the movement failed to gain popular support and was drowned out by the other more exciting struggles of the late 19th century.

In England, Reverend William Cowherd founded the Bible Christian Church, in 1809. Cowherd advocated vegetarianism as a form of temperance and was one of the philosophical forerunners of the Vegetarian Society. This was the first vegetarian society. English vegetarians were a small but highly motivated and active group.

Many believed in a simple life and pure food, strict moral principles and humanitarian ideals.

In the 20th century, The International Vegetarian Union was founded, in 1908. This is a union of national societies. In the western world, the popularity of vegetarianism grew during the 20th century. Mainly, as a result of nutritional, ethical, and more recently, environmental and economic concerns.

Indian concept of nonviolence had a growing impact in the Western world. The model of Mahatma Ghandhi, a strong and uncompromising advocate of nonviolence toward animals, contributed to the popularization of vegetarianism in Western countries.

Currently Indian vegetarians, primarily lacto-vegetarians, are estimated at more than 70% of the worlds vegetarians. They make up 20% to 40% of the population of India. Surveys in the U.S., in 2013, found 2.8% of adults eat no meat, poultry or fish.

I was not aware of how far back this concept was in use, I can’t think of a “diet” that has lasted this long, at this point I would say vegetarian lifestyle. What do you think? 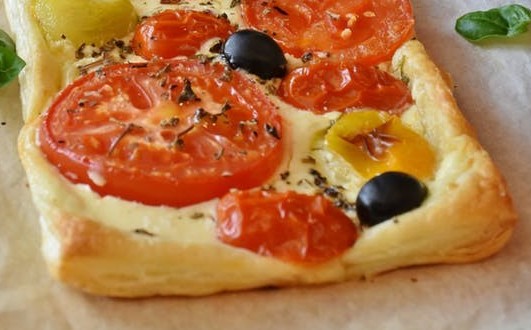 It is also used in gummy candies, check labels carefully to be assured of what you are eating. Pectin and soy based gelatin and agar-agar are substitutes that would be OK.

What can’t and can vegetarians eat? The answer is, it depends, on several factors, one is which type of vegetarian diet you follow.

Lacto-vegetarians, lacto-ovovegetarians and strict vegetarians do not eat any meat, fish and poultry. Semi-vegetarians sometimes eat chicken and fish.

does anything replace the things I am giving up?

Meat substitutes for stews or soups:

There are also vegetables burgers, bacon and hot dogs, I will be trying some of these, will you? Have you? If so, I would like to hear from you. What did you think.

You can leave a comment at the bottom, that would be great. Thank you.

BistroMd makes their meals to order and takes orders from all different types, check out what they offer may be able to save you time in the kitchen. who doesn’t need that?

These are a few tips, things to keep in mind when eating vegetarian to get or stay healthy.

I say possible because not everyone will have the same results, but what are your chances if you continue on your present path, do nothing to improve?

There are vegetarians from all walks of life. Paul McCartney and Alex Baldwin are vegetarians. Reportedly regard a meat free life as both healthful and a more ethical way of life.

With the history, the doctors and nutritionists saying what they say. I mean has a doctor or anyone ever said to you, hey your not eating enough red meat!

Anyone say you should eat more veggies, maybe mom? And mom is always right, correct?  Losing weight, eating healthier is only part of being truly healthy.

Thrive is an online market of organic foods shipped directly to you. They have   Vegetarian and Vegan selections, along with other diets and Superfoods TOO. 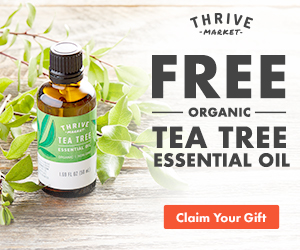 You may read the Mediterranean Diet Review by clickng the link.