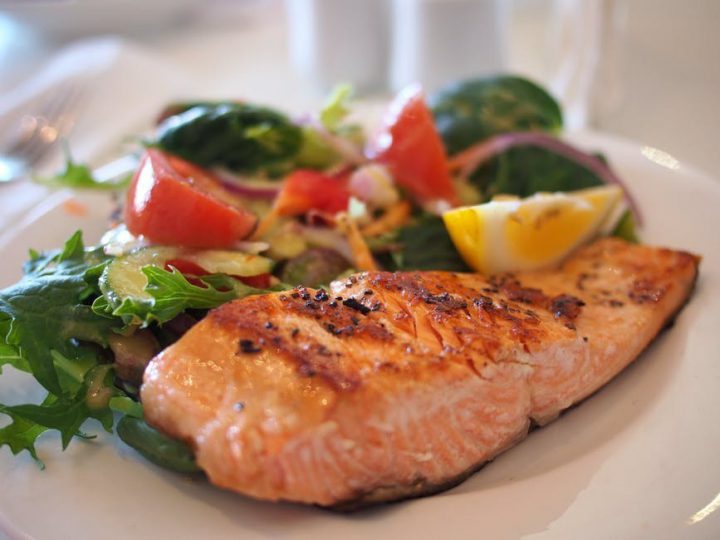 Mediterranean Diet plan is said to be heart healthy. What do you think? I think you may be right. We will be looking at the history and the food list in this Mediterranean Diet Review. Learning if this is a unhealthy or a healthy diet is what we will  accomplish here today. Ready?

The Mediterranean Diet is a diet that is inspired by the eating habits of Greece, Southern Italy and Spain in the 1940s and 1950s. The principal aspects of this diet include, proportionaly high consumption of olive oil, legumes, unrefined cereals, fruits and vegetables.

There is some evidence that the Mediterranean diet lowers tha risk of heart disease and early death. Olive oil may be the main health-promoting component of the diet.

There is early evidence that regular consumption of olive oil may lower all-cause mortality. Also, the risk of cancer, cardoivascular disease, neurodegeneration and several chronic diseases.

In 2013 UNESCO added the Mediterrnean diet to the Representative List of the Intangible Cultural Heritage of Humanity of Italy (promoter), a, Morocco, Spain, Portugal, Greece, Cyprus and Croatia.

It was chosen because “The Mediterranean diet involves a set of skills, knowledge, rituals, symbols, and traditions concerning crops, harvesting, fishing, animal husbandry, conservation, processing, cooking and particularly the sharing and consumption of food”

A review in 2016 found similar weight loss as other diets. In 2017 evidence of a decreased riisk of early death was found.

The research concluded that Mediterranean diet, low-glycemic index, and high protein diets are effective in improving markers of risk for cardiovascular disease, and diabetes. There was limited information for an effect of vegetarian diets on glycemic control and lipid levels unrelated to weight loss.

However concerns have been raised about the quality of previously performed systematic reviews and meta-anayses examining the impact of the Mediterranean diet on cardiovascular risk factors. 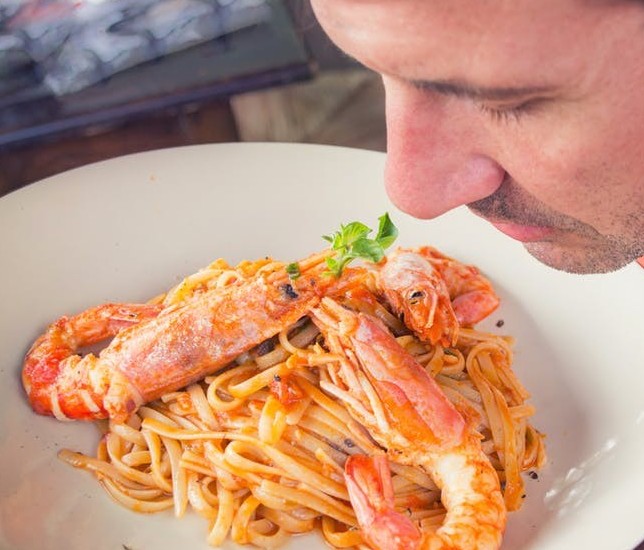 One of the main explanations is thought to be the health effects of olive oil included in the diet.Olive oil contains monosaturated fat, most notable oleic acid which is under clinical research for potential health benefits.

The European Food safety Authority Panel on Dietetic Products Nutrition and Alergies approved health claims of olive oil, for   protection by its polphenols against oxidationof blood lipids and for the contribution to the maintenance of normal blood LDL-cholesterol levelsby replacing saturated fats in the diet with oleic acid.

Two meta-analysis in 2014 found that Mediterranean  diet was associated with a decreased risk of type 2 diabetes.

In 2008 a meta-analysis found that strictly following the diet reduced the risk of dying from cancer 6%. A 2017 review found a decreased rate of cancer.

In 2007 a systematic review and meta-analysis found adherence to the Medeteranean diet was associated with a decrease risk of death from cancer.

There is preliminary evidence that regular consumption of olive oil may lower the risk of developing cancer.

A 2016 systematic review found a relation between greater adherence to a Mediterranean diet and better cognative performance, it is unclear if the relationship is casual.

According to a 2013 systemic review, greater adherence to the Mediterranean diet is correlated to lower risk of Alzheimers disease and slower cognitive decline.

Another 2013 review reached similar conclusions, finding a negative association with the risk of progressing from mild cognitive impairment to Alzheimer’s.

But they also acknowledged that only a small number of studies had been done on this topic.

As the Meditterrenean diet usually includes products containing gluten, like pasta and bread, increasing the use of the diet may have contributed to the growing rate of gluten related disorders.

The concept of this diet was developed to  reflect “food patterns of Crete, much of the rest of Greece and southern Italy in the early 1960s”.

Although the diet was not publicized until 1975, by biologist Ancel Keys and his wife (and collaborator) Margaret Keys, the Mediterranean diet failed to gain widespread recognition until th 1990s.

Objective data showing that the diet is healthful, came the results of a epidemiological studies in Madrid and Naples. Confirmed later by the Seven Countries study, with the first publication in 1970 and a book-length report in 1980.

The most commonly understood version of the Mediterranean diet was presented, among others, by Walter Willett of Harvard University School of Public Health from the mid-1990s and on.

The diet is based on what from the point of view of mainstream nutrition is considerd a paradox: although people living in Mediterranean countries tend to consume a relatively high amout of fat, they enjoy far lower rates of cardiovascular disease than in countries like the US, where similar levels of fat are consumed.     A parallel known as the French Paradox.

Quite a bit to eat here:

Fruits, vegetables, beans, whole grains, nuts, herbs and of course olive oil containing the needed fats and the right fats. These are the main foods of the diet and should be in every meal. The whole grains includes bread and pasta.

Seafood and fish important sources of protein.Fish such as salmon, herring, tuna, sardines are rich in omega-3, shellfish would include clams, oysters, mussels and shrimp. You will be eating these twice a week.

Cheese, poultry, yogurt and eggs are consumed regularily but in small quanities.Several times a week is the generally stated frequency.

Sweets and meats are consumed sometimes. If you are going to eat meat use the leanest cuts you can. Generally you should look for flank, strip, t-bone, round and tenderloins.   Sweets are more for a celebration.

Water and Wine, water should be your go to drink. It is the best thing to drink on this planet. Although some will say wine is the best. You can drink up to one glass of wine per day. Red wine.

Not a food but still tenent of this diet and it should be with all eating plans. Don’t you agree?

You can add activity to you day by doing some simple changes taking the stairs, walking, park farther away in the lot. I have written an article on walking click here for more information no charge!!

The Mediterranean Diet also says that you should take your meals in a social setting. I dont think they mean Facebook or Twitter or Snapchat, Right? 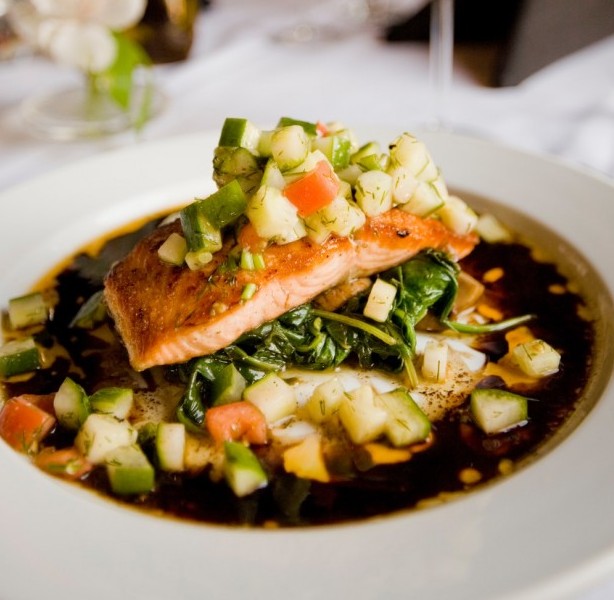 There are 16 countries bordering the Mediterranean sea. Each of these contiries will add or take away thing in their Meditterrenean diets. But thay all follow to general diet principals of the Metterrenean dite we have talked about today.

The diet principals say processed food is ok on a very limit basis.Although you will be better off without it, i’m sure.

The Mediterranean Diet is said to make you healther, and may also, help you lower risk of Alzheimers, raise your mood, improve your skin, lose weight, fight inflammation, and lower your risk of cancer.

Not sure about that, healthy yes i believe and raising your mood, if you are eating right and getting more physical activity you will have an elevated mood. Which you can accomplish with out this diet. Cancer and Alzheimers are a stretch I believe.

I think this is best, most do able diet that we have looked at to date. The foods that are on this diet and the physical activity that should be done.

Following this diet and doing the physical activies and eating as described, you will lose weight and elevate your mood.

How To Eliminate Anxiety, Stop Depression & Enhance Your Mood.Take a look at this free report – go to the below link now please: www.moodoptimizer.com

Remember portion control in all manners

Thanks visiting, taking time out of your busy day. You may reach me by leaving a comment below. 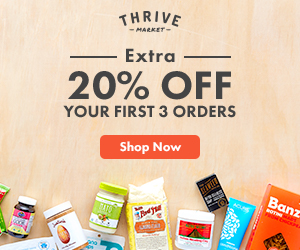 Here are some links you may want to use. These are other related articles.